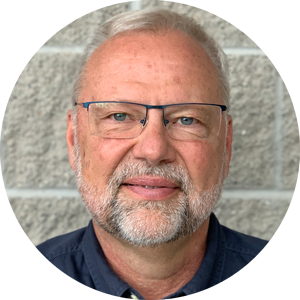 Donations are receipted only for staff and projects approved by the governing board. Designated gifts are used for the purpose for which they are given; when that given need is met, excess funds are used where needed most.

Rev. Koch was born in Hamilton, Ontario and has resided in Canada for most of his life. He and his wife Lorie have been blessed with three children and four grandchildren. His 40-year career in Christian ministry has been predominately cross-cultural, including several years as a missionary in Cameroon, West Africa. He also provided leadership as the Executive Director to the Liebenzell Mission of Canada, particularly in preparing and supporting new missionaries entering service worldwide. Although always involved in some form of local church ministry, Rev. Koch reentered full time church ministry with The People’s Church in Toronto in 2012. He is currently serving at West Highland Church in Hamilton, Ontario.

Rev. Koch is a graduate of MacMaster University, did part of his training at Ontario Theological Seminary Toronto (now Tyndale) and graduated from the Edmonton Baptist Seminary (now Taylor Seminary).  He considers himself a lifelong learner.

Rev. Koch will initially be joining ISMC in a part time capacity, and plans to transition to full time in 2022.